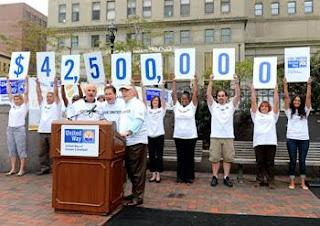 Bill Kitson, CEO of the United Way of Greater Cleveland explains where the money goes in this interview with Jim, and reasons that since the majority of donations come through payroll deductions, the local job market may be improving.