Hot In Cleveland On New Years Eve With Hotcards' Help 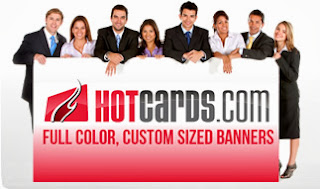 Cleveland Rocks New Year's Eve, a production of Ohio Homecoming, will be held on Public Square to ring out 2013 and ring in 2014.  Drew Carey will count down to midnight, and fireworks will help usher in the new year.

The event is free, thanks to the help of many sponsors, including Hotcards.com.  The owner and CEO of the printing company in downtown Cleveland is helping promote the New Year's Eve festivities. John Gadd is no stranger to promoting events;  he organized the Human Torch stunt earlier this year, helping set a Guinness World Record by having 21 people lit ablaze simultaneously.  The event raised $10,000 for charity, and helped put Cleveland on a worldwide stage.