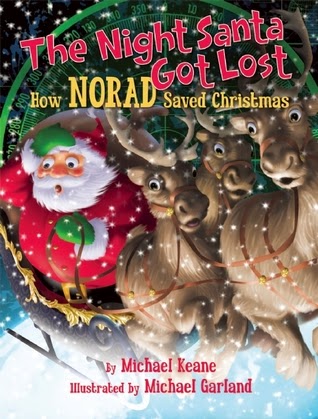 Reading military strategist Michael Keane's biography, it's reasonable to wonder why he wrote a children's book.  After all, he was among the first Americans to enter Vietnam after U.S. troops were withdrawn, and he accompanied Vietnamese troops into Cambodia during the war against the Khmer Rouge.  The Bay Village native was also embedded with the 101st Airborne Division in Iraq when Operation Desert Storm began in 2003, and in Afghanistan, he was embedded at the headquarters command of General Stanley McChrystal.

But Mr. Keane is also an uncle to a 10 year-old niece.  He says she inspired him to write The Night Santa Got Lost: How NORAD Saved Christmas.

In this interview, he also explains how a misprint in a newspaper ad prompted predecessor of NORAD, the Continental Air Defense Command to establish the Santa Tracker.