Could Beverly Potts Still Be Alive? 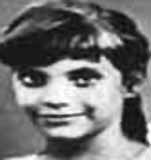 One of the first missing child cases to draw nationwide attention happened in Cleveland more than 60 years ago.  James Badal, an English professor at Cuyahoga Community College, has written a book about the disappearance without a trace of ten year old Beverly Potts.

In Twilight of Innocence: The Disapearance of Beverly Potts, the author explains how Beverly was last seen in Halloran Park on August 24, 1951.

It's still an open case.

With the fantastic circumstances surrounding the recovery of Michelle Knight, Amanda Berry and Gina DeJesus, wouldn't it be something if Beverly Potts was found as well?

Badal has also written two books about the infamous torso murders, In the Wake of the Butcher: Cleveland's Torso Murders, and
Though Murder Has No Tongue: The Lost Victim of Cleveland's Mad Butcher.