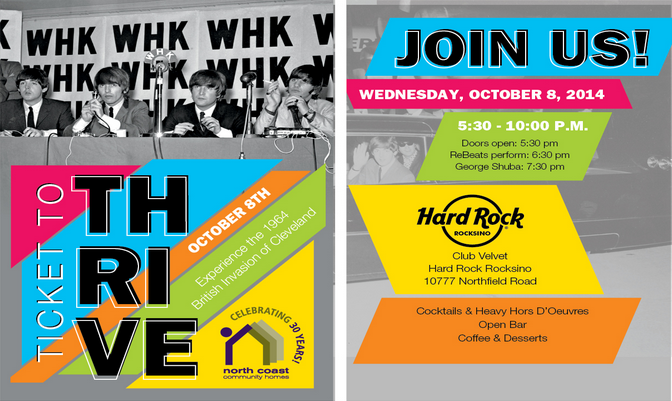 The life long work of Cleveland's first rock and roll photographer, George Shuba will be featured at a benefit for North Coast Community Homes on Wednesday, October 8 at the Hard Rock Rocksino in Northfield.  Dick Russ, former managing editor at WKYC and long-time reporter at WJW now helps raise funds and awareness for North Coast Community Homes, which is celebrating its 30th anniversary.

Mr. Shuba is celebrating his 50th anniversary as a professional photographer, whose first assignment was capturing on film the first Beatles visit to Cleveland in 1964.  Many of those photographs and others from his career will be on display, along with a slide show he and Mr. Russ will narrate at the fundraiser, branded Ticket to Thrive, for the more than 1,000 clients of North Coast Community homes.  The benefit will also feature a performance of the Beatles tribute band, The Rebeats.