Lance's Brewery Tour Is About To Begin 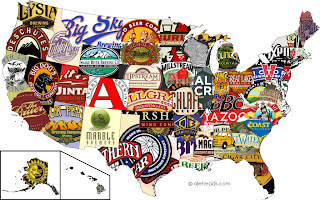 Lance Rice is about to embark on the journey of a lifetime.  He's touring several of the breweries in the midwest.  Lance has encyclopedic knowledge of beer, thanks to his phtographic memory, and his passion for the beverage.  Lance also has autism.  His nephew Aaron Rice plans to document the tour on film.  And lance plans to write a book about beer when he returns.

Lance has been interviewed several times prior to the start of his brewery tour, but Jim's interview was his first.  It had to be done in a creative way, and it was, as you'll hear in this interview with Lance and Aaron Rice.