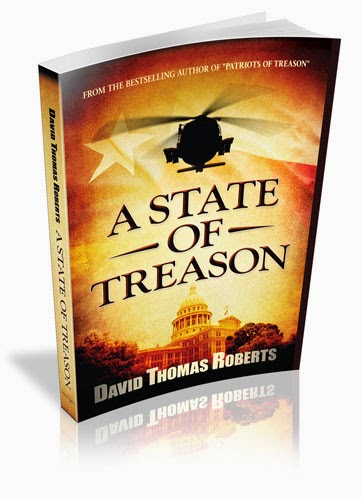 A State of Treason is the follow-up to David Thomas Roberts' first novel, Patriots of Treason. Both books focus on the diabolical doings of an Executive branch dead-set on not only targeting Tea Party activists in Texas, but also eliminating them.  The books also portray members of congress as unable or unwilling to intervene, leaving it up to their constituents and a group of state government officials to expose and correct the federal malfeasance.

In this interview, the author explains how current day events in Washington inspired him to write the book, and how he, like Portage County Tea Party Director Tom Zawistowski was targeted by the IRS.  Mr. Roberts also describes being singled out at an airport because, he believes, of his Tea Party ties.  "If people don't believe that the federal government can target individuals and organizations, then they are simply naive."

The "Bearacade" Protects Students From Intruders

Bill Cushwa invented the Bearacade Door Control System after the shootings at Chardon High School in February 2012.  The Mentor Schools have purchased 500 of the devices to help shelter students in their classrooms in the event of an intruder.

Posted by Unknown at 3:08 AM No comments:


We recorded the Friends of Jane forum held at the House of Blues Cleveland prior to the concert on September 15th, 2014, celebrating the 50th anniversary of the Beatles first performance in Cleveland, and Jane Scott's first assignment on the music beat for the Plain Dealer. Former DJ Billy Bass, Artist Manager David Spero, the Plain Dealer's Michael Heaton, Cleveland music legend Michael Stanley and Dawn Kendrick of 19 Action news all shared stories about Jane. And 11th Hour host Tom Kelly, acting as moderator, went into the audience to capture memories from others in attendance as well.

The event was meant not only to celebrate the anniversary, but also to raise funds for a documentary about Jane and her storied career.

The forum preceded the concert, featuring the band Beau Coup, Michael Stanley, and the Beatles tribute band 1964.  At the end of the forum two members of the band, who play John Lennon and Paul McCartney make a brief appearance.

Posted by Unknown at 4:34 PM No comments:

Have Your Kids Been Inoculated Against Meningitis?

Bob Werner lost his daughter to Becky to meningococcal meningitis 10 years ago.  He and his wife have been  on a campaign ever since to educate other parents about the importance of inoculating your children against the disease, through the organization Voices of Meningitis.

Bob is joined in this interview by Sherdina Williams, President of the Northeast Ohio Association of School Nurses, who says there is no effective treatment, let alone a cure for meningococcal meningitis, making the prevention through the meningitis vaccine all the more important.

Posted by Unknown at 7:04 AM No comments:

A faith-based ministry, Oasis of Hope was created out of a need recognized by Mindy Wills and other committed Christians in Medina. Mindy is Executive Director of the center, which opened four years ago to serve women, men and families.

The Oasis of Hope annual banquet will be held October 16 at Weymouth Country Club in Medina.
RSVP to mindy@oasisofmedina.com.  It's free, but they need a head count for planning purposes.

Posted by Unknown at 5:04 AM No comments:

Coming Out of the Darkness To Prevent Suicide 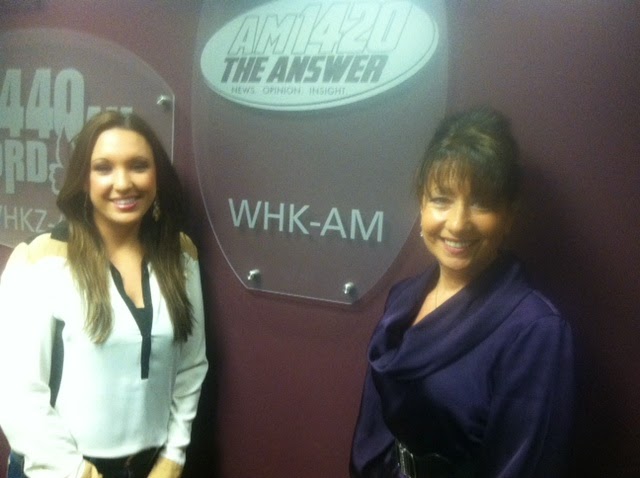 Lori Wasko says she's tired of people passing judgement on others, and of people of keeping quiet instead of expressing their concerns about the behavior of loved ones.  That's why she and her daughter, Brittany Julian have embraced The American Foundation for Suicide Prevention and are organizing the Out of the Darkness Walk on October 5th in North Canton, along with Lori's daughter Hailey.

These two strong women discuss the way in which suicide affected them, following the death of Lori's husband and Brittany's father Ken.  They hope to help others who are experiencing loss from suicide by supporting them through the American Foundation for Suicide Prevention and the Out of the Darkness walk in North Canton.

Posted by Unknown at 7:56 AM No comments:

Email ThisBlogThis!Share to TwitterShare to FacebookShare to Pinterest
Labels: American Foundation for Suicide Prevention, Brittany Julian, Lori Wasko, Out of the Darkness, Suicide

Understanding Autism Through The Eyes Of A Sibling 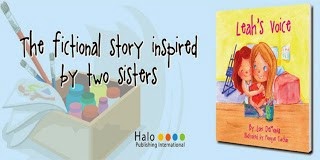 Lori DeMonia knows what it's like when an autistic child is bullied. She relates an ugly exchange she witnessed while waiting for her daughter Leah to exit the school bus, and she feels empathy for the parents of the autistic Bay Village teenager who was recently the target of an ice bucket challenge prank.

Lori has written Leah's Voice, the story of an autistic child and her sibling, told from the sibling's point of view.  It is meant to show how understanding can be taught by example.  Leah DeMonia, now 13, contributed illustrations to the book,

Leah's voice has won a prestigious award from the Autism Society of America. The book is available at bookstores and online, and is put out by Halo Publishing, founded by Cleveland-area native Lisa Umina.

Have you seen the field of sunflowers blooming along I-90 in Avon?  They have been planted in the name of a little girl, whose death 7 years ago is helping fuel funding for research into the cause and cure of cancer.  Prayers From Maria is the name of the foundation founded in the name of Maria McNamara.  Her father Ed tells Maria's story, including how, when she was sick and being treated at St. Jude's Children's Hospital for a diffused intrinsic pontine glioma, she prayed for other sick children.

Posted by Unknown at 6:11 AM No comments:

50th Anniversary of Jane Scott and the Beatles Monday

September 15, 1964: the night the Beatles played Cleveland Public Auditorium, a concert sponsored by WHK. It was also the first night Jane Scott of The Plain Dealer covered a rock concert.

September 15, 2014: the 50th anniversary commemoration of both momentous events, with the Beatles tribute band 1964 playing the entire set list from the concert at House of Blues Cleveland.
Michael Stanley opens with an acoustic set of Beatles songs, and the band Beau Coup will play their song "Jane."  Plus, rare footage of the Beatles first concert from 50 years ago will be shown.

There is a Beatles exhibit at the Rock and Roll Hall of Fame and Museum, and a statue of Jane. Meredith Rutledge Borger, Associate Curator at the Rock Hall discusses the Beatles in this interview.

Proceeds from the 50th Anniversary Celebration of Jane Scott and the Beatles will help fund a documentary about the legendary music writer.

Posted by Unknown at 2:10 PM No comments:

Sam McNulty Is Building "The Palace Of Fermentation"


Sam McNulty, proprietor of Market Garden Brewery, bier markt, and three other establishments in Ohio City can't keep up with demand for the beer crafted by brew master Andy Tveekrem.  So he's expanding his empire of beer, building The Palace of Fermentation.

In this interview, Sam discusses the virtues of one of Cleveland's most vibrant neighborhoods, and the role he has played in helping develop W. 25th street just north of the West Side Market.

Posted by Unknown at 1:24 PM No comments: 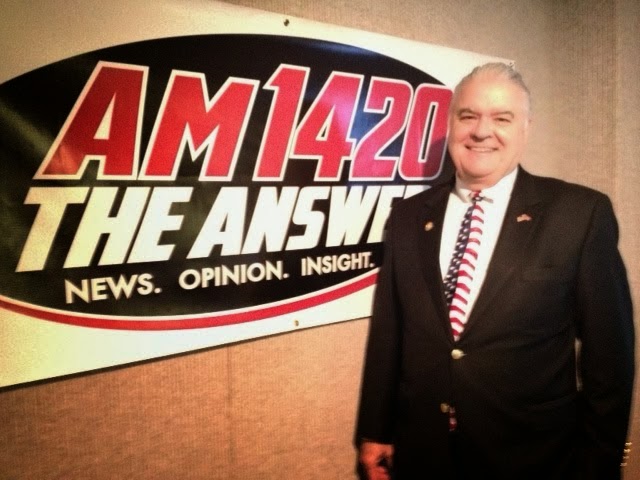 Ohio republican House Representative Matt Lynch of Bainbridge wants Ohio voters to be required to show a photo ID when they cast their ballots.  Few others in the House appear to be interested, so Lynch is trying to force fellow legislators to vote on the bill.

In this interview, Lynch, who ran last spring in the republican primary in an unsuccessful attempt to replace Rep. David Joyce, leaves open the possibility for another run at the 14th district seat in 2016. 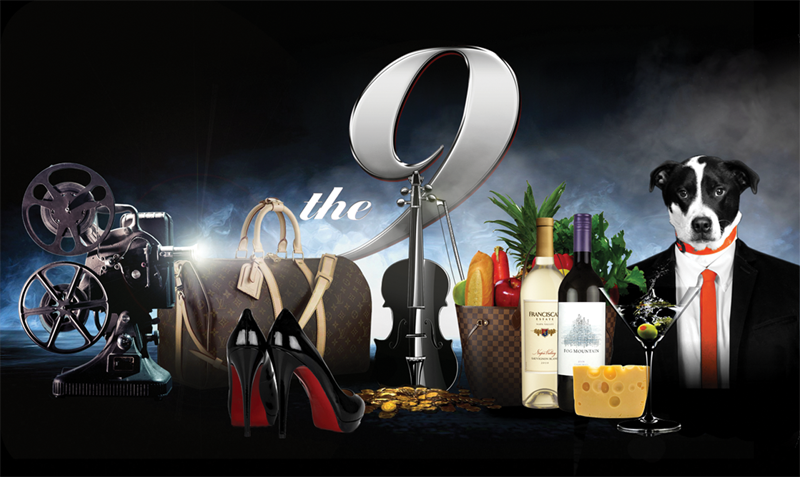 This interview aired on the night The 9 opened in downtown Cleveland, Friday, September 5th, 2014. It was recorded a few months earlier, and it features developer Fred Geis and Geis Hospitality Group CEO Keith Halfmann. They discuss the many amenities the "Urban Resort" features, including...eventually...a Heinen's supermarket in the rotunda of the old Ameritrust Bank Building at E. 9th and Euclid.

Posted by Unknown at 5:06 AM No comments: 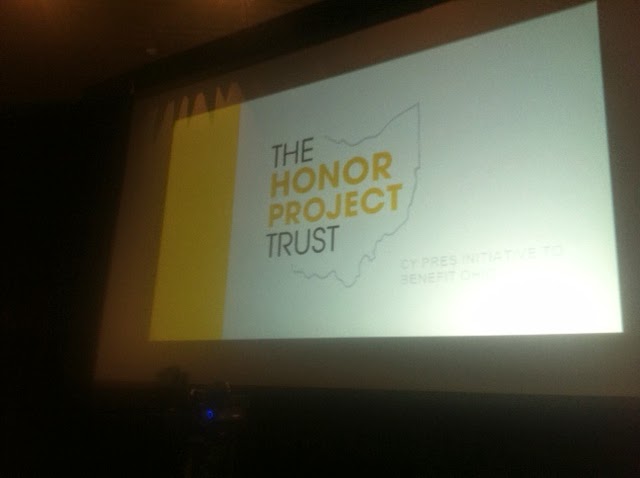 Charities throughout Ohio have received a windfall, money donated by the Honor Project Trust.  The trust was established by the Administrative Judge for the Cuyahoga County Court of Common Pleas, the honorable judge John Russo.  He bestowed credit on attorney Patrick Perotti as well for his work in helping establish the trust.

Representatives from more than 225 charities gathered on September 4 at the Global Center for Health Innovation to receive a donation from the Honor Project Trust.

Posted by Unknown at 7:52 AM No comments:

Stand Up To Cancer (SU2C) Returns to TV Friday 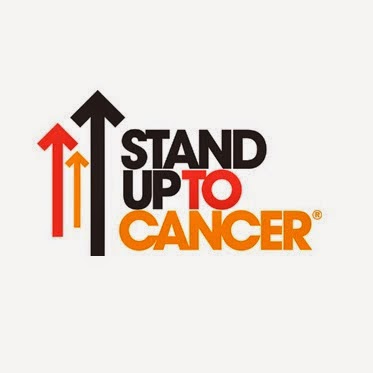 Joining Rob is a co-founder of Stand Up 2 Cancer, Rusty Robertson, who has helped organize a big TV special on Friday, September 5.
Posted by Unknown at 6:05 AM No comments:

Convention City is holding another gathering.  The 2014 World Convention of Mayo Societies will convene in downtown Cleveland at the end of September.  Colleen Corrigan Day, a member of the board of trustees for the Mayo Society of Greater Cleveland lays out the agenda, and explains why there are more people with county Mayo heritage in Cleveland than in any other city in the United States.

The weekend convention will culminate with the dedication of a statue to Johnny Kilbane, a Clevelander  who for more than a decade in the early 1900s was the world featherweight boxing champion.

Keeping aging parents out of nursing homes and in their own homes for as long as possible is the goal of Aging in Place Professionals.  Founder Patrick Manning explains how he was inspired by his own journey with his father, and how employees from a wide variety of industries can benefit from attending Aging in Place Professionals meetings.  Call 216-360-7400 or connect with Patrick on LinkedIn.

Posted by Unknown at 7:11 AM No comments: