Chosen: The Theme for the 14th Annual "The Fest"


The Fest 2014 takes place this Sunday August 3rd. It's the 14th annual family-focused event, sponsored by the Catholic Diocese of Cleveland, and organized by many devoted volunteers, like Amanda Farinelli.  She's a senior at John Carroll University, and a worthy spokesperson for The Fest, which features live music from national Christian acts, an outdoor evening mass, and fireworks at the Center for Pastoral Leadership in Wickliffe.

Posted by Unknown at 5:28 AM No comments:

Barber Writes About a Later-In-Life Start to Career 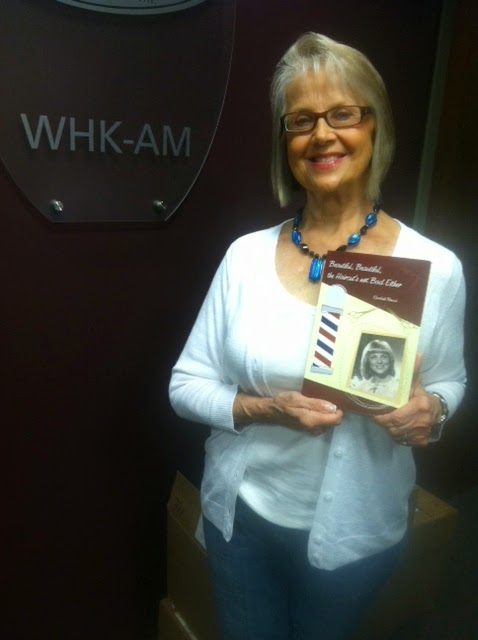 Elizabeth Manuel is a barber.  She writes about her career in a profession dominated by men in her memoir, Beautiful, Beautiful,The Haircut's Not Bad Either.  And in this interview, she explains the book's title.

Elizabeth now owns her own barber shop, and works alongside her daughter, who has also taken up cutting hair as a career.

Posted by Unknown at 6:31 AM No comments:

Bob Eckardt, Executive Vice President of the Cleveland Foundation explains why the project is so important.  Jeremy Paris, Executive Director of the Group Plan Commission, which has been charged with renewing public spaces downtown joins Bob in this interview.

Posted by Unknown at 6:08 AM No comments: 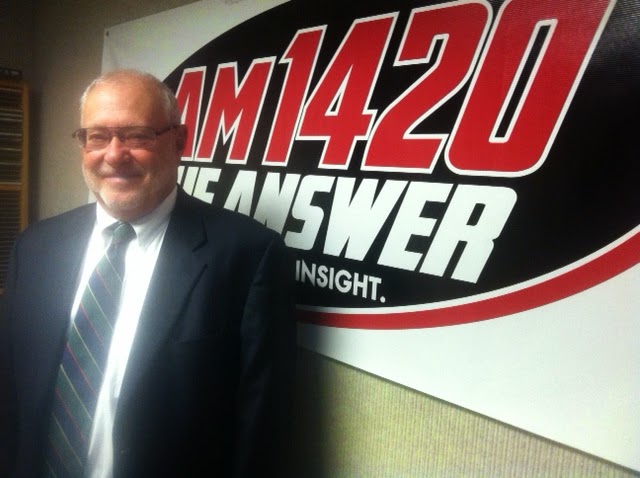 The annual United States of Aging Survey has been released and Cleveland is one of the cities it focused on. The survey shows how the views of older Americans are changing, and how the perspective of seniors from Cleveland differs from others across the country.

Jeff Walters is the Regional Vice President of United Healthcare, Medicare and Retirement and takes a closer look at the United States of Aging.

Posted by Unknown at 9:53 AM No comments: 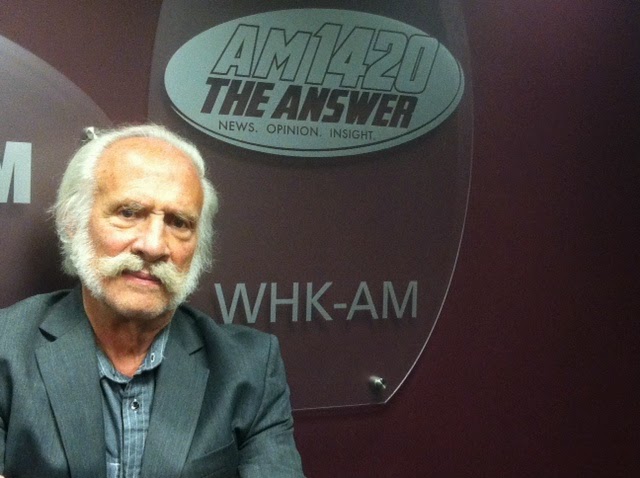 James Badal says he has solved the infamous torso murders.  The English professor has updated his first book on the true crime case, In the Wake of the Butcher, Cleveland's Torso Murders Authoritative Edition, Revised and Expanded, to include new information that points toward a deranged doctor as the Mad Butcher of Kingsbury Run.

Professor Badal has written two other books on the case, in addition to one on the disappearance of Beverly Potts from Halloran Park in the 1950s.  And he reveals at the end of this interview another infamous cold case he is researching for his next bok.

The author will appear at Dante Next Door, 2246 Professor Avenue in Tremont from 6-9 PM on July 24.

Posted by Unknown at 6:05 AM No comments:

The City Mission is trying to address two issues, homelessness and neighborhood blight, through its new initiative.  The New Horizons Permanent Housing program aims to place women who receive help at Laura's Home in once vacant houses.  President and CEO Rich Trickel and Chief Development officer Michael Parry explain how the program works.

Posted by Unknown at 7:02 AM No comments:

Tour Ireland With Quinn, Kelly and McIntyre in 2015 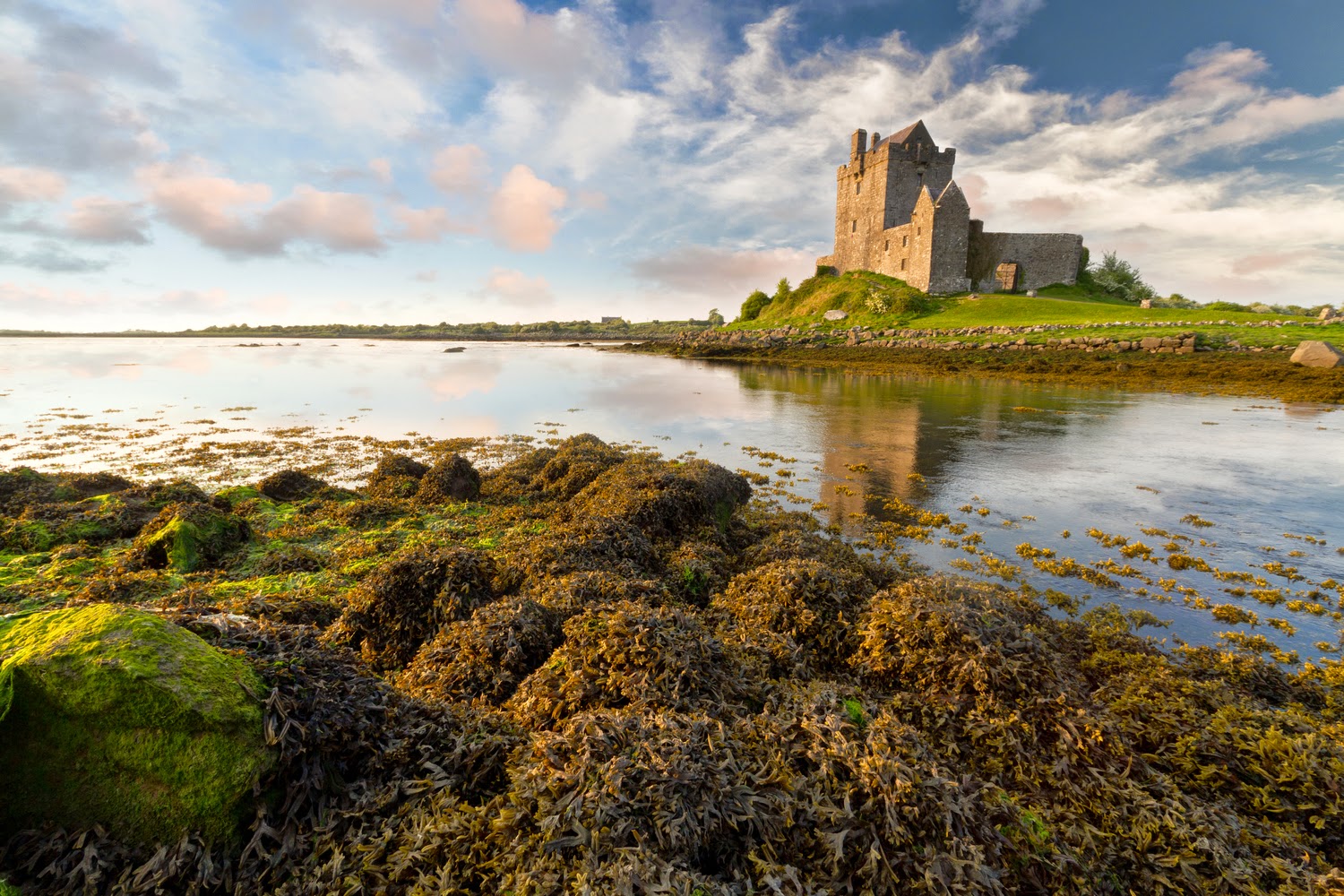 Gerry Quinn of The Irish Show and a native of Ireland is hosting a trip to Ireland, along with 11th Hour hosts Tom Kelly and Jim McIntyre next April.  It's being billed as "The Cleveland Irish Tenors Tour."

Gerry and Jim run down the itinerary. Get more information on the tour of Ireland here.


The War Memorial Fountain in Downtown Cleveland is being rededicated on Friday, July 25, 50 years after its original dedication in 1964. Patrick McLaughlin, President of the Greater Cleveland Veterans Memorial  explains that the names of Greater Clevelanders who made the ultimate sacrifice in Iraq and Afghanistan will be added to the plaques that surround the Fountain at Veterans Memorial Plaza. Bob Camburn, Vice President of GCVM and Director of The Honor Roll Project joins McLaughlin during this interview to explain how he researched all 5,552 names that will surround the Fountain following the rededication.


Payroll 4 Free founder Mike Rosenberg admits he doesn't look like the typical software developer, but appearances are sometimes deceiving.  Payroll4free.com offers small business owners free services they USED TO pay for, or do themselves, draining valuable time and resources from their businesses.

Payroll4free.com is a locally-based business poised to grow globally, and is especially helpful to restaurant owners and operators who must pay workers wages based on the amount of tips they make.


The popularity of the locally-sourced food movement is inspiring a brand new fundraising event for the American Cancer Society.  Harvesting Hope will be held September 7 at the Harris Road Farm in Broadview Heights. Chefs who use locally grown produce and locally raised meats plan to participate, including Brian Okin and Adam Bostwick of Cork and Cleaver Social Kitchen, named the best new restaurant for 2014 by Cleveland Magazine.

Caroline Wamelink of the American Cancer Society and Jeff Sopko, owner of Harris Road Farm offer information about Harvesting Hope, and about sponsorship opportunities for the inaugural event.
Posted by Unknown at 4:59 AM No comments:

John O'Brien Sr. is the founder of The Cleveland Irish Cultural Festival, which runs for the 32nd year this weekend (June 18, 19 and 20) at the Cuyahoga County Fairgrounds in Berea.

Mr. O'Brien explains why he started the festival in 1982, and what you can look forward to this weekend.

You can register for the workshop by emailing kinshipcaregiver@gmail.com.

Ellen Rudolph, Executive Director of the Maltz Museum of Jewish Heritage, discusses the upcoming exhibition Yael Bartana: Inferno.  It centers on an 18 minute film, and will feature several public programs to be presented during the run of the exhibition.

Ms. Rudolph also preview two upcoming exhibitions, State of Deception: The Power of Nazi Propaganda, which will open in November, and a baseball-themed exhibition called Chasing Dreams: Baseball and Becoming American, about the integration of Jews and other minorities in the sport.  It will begin its run in the spring of 2015.

Bill Livingston of The Plain Dealer has been one of LeBron James' harshest critics since "The Decision Part I," when James announced on TV he was taking his talents to South Beach.  Listen to Livingston's reaction following "The Decision Part II" in this interview, and read his column on Cleveland.com.

Here's Bud Shaw's spin on the return of LeBron James.  And here is his column on Cleveland.com.

Tech Czar's Take On What The Next Mayor Must Do 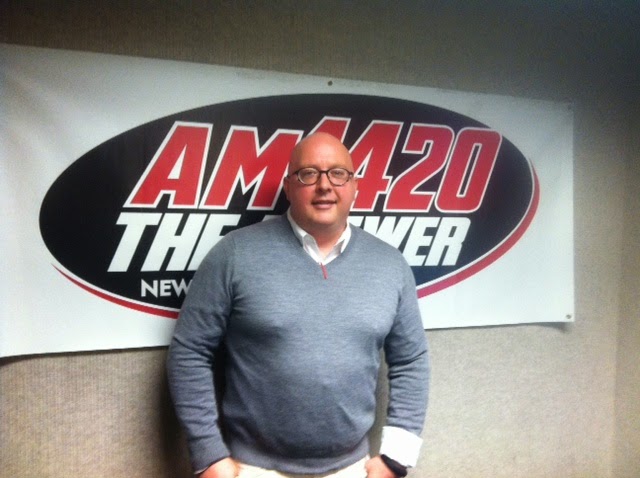 Michael DeAloia is the former Tech Czar for the city of Cleveland, and discusses his most recent blog post, "What the Next Mayor of Cleveland Must Accomplish," Parts I and II.

Michael wrote about seven exceptional structures from Cleveland's past in his book, Lost Cleveland, and is working on The Lost Hotels of Cleveland. He is also a founder of Emerging Chefs, which will debut its premiere film about Michael Nowak, the owner and Executive Chef of The Black Pig in Ohio City.

United Way Funding Changes Please Some, Not Others 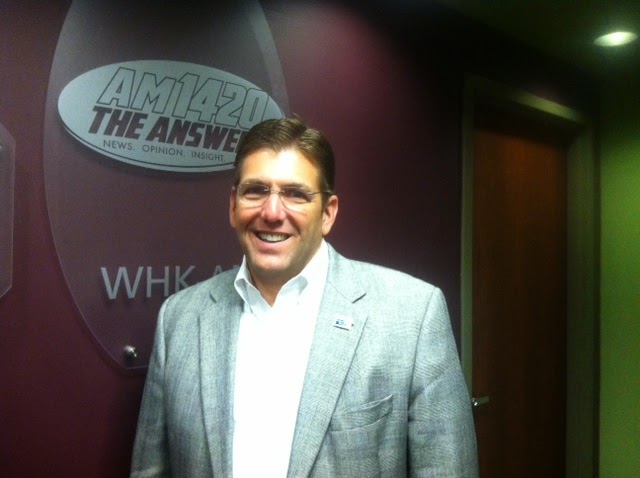 The United Way of Greater Cleveland is refining the formula for determining how it divvies up the donations it receives during its annual campaign.  President and CEO Bill Kitson explains how the changes have been made, and how the United Way hopes to make a bigger impact, even while funding fewer programs.

Posted by Unknown at 9:50 AM No comments:

A Blast From Euclid Beach's Past Is In Our Future


The Euclid Beach Park Grand Carousel is being prepared for installation at a new pavilion at the Western Reserve Historical Society.  It is being restored to reflect its initial appearance, as well as the remodeled art deco look the carousel took in in the 1930s.

Dudley Humphrey, whose great grandfather opened Euclid Beach in 1910 talks about growing up in the park, and the effort to raise the funds for the carousel's restoration. John Frato, President of Euclid Beach Project Now explains how the carousel was dismantled and sold when Euclid Beach closed in 1969, then repurchased, with the goal of brinigning it back to its original glory.

Frato and Humphrey vow the carousel will be open for rides in late November. And as a "Euclid Beach Boy," Frato also owns a share of the Rocket Ship Car and the Thriller Car, which you may see in local parades and are available to rent for special events.

Youth Challenge Is Looking For Paralympians In NEO


Calling all paralympic athletes.  Youth Challenge and Adaptive Sports Program of Ohio want you to try out for the next Paralympic Games for Team USA at an event called Gateway to Gold at Case Western Reserve University on July 13. Program Services Director Chris Garr and Mackenzie Maglic, Athletic Coordinator for Youth Challenge discuss the details, and promote the good work of Youth Challenge.

Posted by Unknown at 8:19 AM No comments: 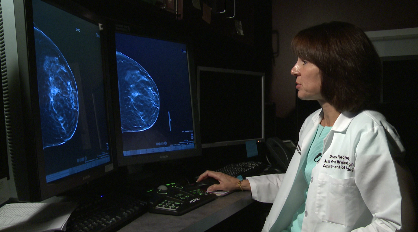 Tomosynthesis, or imaging with 3D technology not only helps improve detection of breast cancer, it also decreases the number of false positive readings.  Dr. donna Plecha, Director of Breast Imaging and Mammography at University Hospitals Case Medical Center says it means fewer patients are being called back for a second look.

Posted by Unknown at 7:54 AM No comments: