A Talk with the Son of Cleveland's Monuments Man 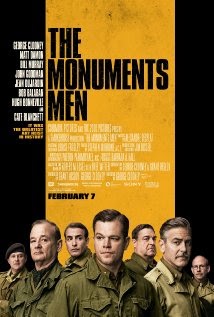 Retired attorney and gentleman farmer Louis Rorimer is the son of one of the Monuments Men. He grew up in Cleveland, as did his father James Rorimer. The elder Mr. Rorimer and several other art historians and experts helped save and return tens of thousands of works of art the Nazis were first trying to steal.  When defeat was inevitable, they tried to destroy the artwork.

The movie is based on the book The Monuments Men: Allied Heroes, Nazi Thieves, and the Greatest Treasure Hunt in History, and Louis says the movie stays true to the book.

James Rorimer was portrayed by Matt Damon in the fine movie that was recently in theaters.  In fact, it's still on the big screen (as of 4/7/14) at the Regal Cobblestone Square 20 in Elyria.

Louis Rorimer tells his father's story in this interview.
Posted by Unknown at 10:00 AM