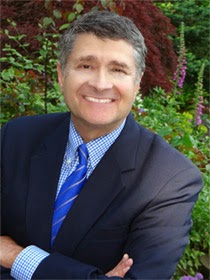 Afternoon host Michael Medved is coming to Cleveland, as part of AM 1420 The Answer's event, "Getting Back on Track 2014." He and Texas Governor Rick Perry will discuss issues pertinent to the political scene as the midterm elections approach, and look ahead to the 2016 presidential campaign.

Medeved says there's a lot more to Governor Perry than most people think, following his flawed campaign for the republican nomination for president in 2012.  In this wide-ranging interview with Jim McIntyre, one of America's leading conservative voices discusses the state of the republican party and other hot button issues.

"Getting Back on Track 2014" will be held the evening of April 28th at LaCenter Conference and Banquet Facility on Detroit Road in Westlake.
Posted by Unknown at 5:19 AM

Email ThisBlogThis!Share to TwitterShare to FacebookShare to Pinterest
Labels: AM 1420, Getting Back on Track, Jim McIntyre, LaCenter, Michael Medved, Rick Perry, The Answer. WHK