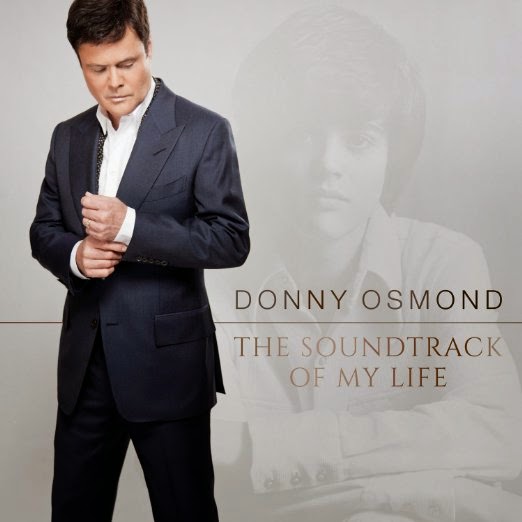 Donny Osmond covers 9 of his favorite songs, all with special meaning to him, plus records three originals for his 60th album.  That's more than one album for each year of his life.  He just turned 57.

This interview features snippets of some of the songs from The Soundtrack of My Life, as Donny relays the stories behind the meaning of the songs.  He reveals which song helped him decide to marry his wife Debbie 36 years ago, which Beatle asked for his autograph, and which Michael Jackson hit was meant for him.

Email ThisBlogThis!Share to TwitterShare to FacebookShare to Pinterest
Labels: Donny and Marie, Donny Osmond, The Osmonds, The Soundtrack of My Life