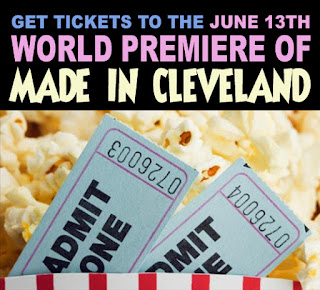 There's an effort underway to establish a working film industry in Cleveland, with the help of people like Amy Tankersley Swinderman and Todd Kwait.  Amy is with 1031 Films, an independent film company based in Cleveland, and Todd is Executive Director of Independent Pictures, the sponsor of the premiere showing of the movie "Made in Cleveland."  It's a series of short films meant to showcase the pool of movie-making talent in Cleveland. Amy and Todd talk to Jim about the movie, the upcoming premiere, and the effort to make Cleveland "Hollywood on  the Cuyahoga."