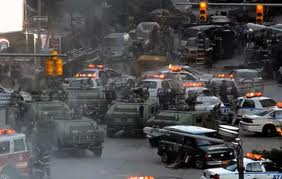 Ivan moved from Hollywood to Cleveland to help grow the film industry in Cleveland, and to raise his family. He hopes residents appreciate the global goodwill generated by the positive experiences film crews have here, and that we'll put up with the traffic tie-ups for a couple more weeks, for the sake of the filmmakers.

In this interview with Jim, Ivan reveals that a couple of movies have been filmed here quietly, at the filmmakers' request, but that eventually we'll know about them.