Friends Of Jane, Fans Of The Beatles Celebrate 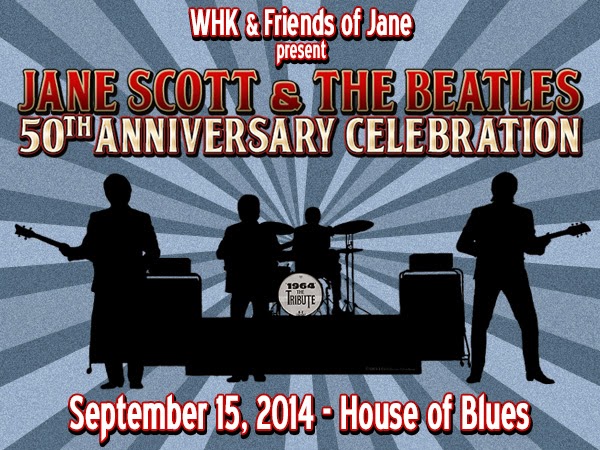 50 years ago to the day the Beatles first played in Cleveland, the tribute band 1964 will play at the House of Blues downtown.  But there a more profound purpose for the 50th anniversary celebration of the Beatles performance at Public Hall; it's also a fundraiser for the Friends of Jane, a growing group of supporters of Jane Scott, the late Plain Dealer music writer who worked well into her 80s.  Friends of Jane are trying to raise the money to make a documentary about the journalist, known as "the world's oldest teenager."  Net proceeds of the ticket sales will benefit the making of the film tentatively titled "Jane Scott Rocks."

WHK brought the Beatles to Cleveland in September of 1964.  Current WHK talk show host Tom Kelly and the Plain Dealer's "Minister of Culture," Michael Heaton are the driving forces behind the 50th anniversary celebration of Jane Scott and The Beatles in Cleveland.  In this interview, Heaton describes the life and times of the beloved reporter.

Heaton says music legend Michael Stanley will open the House of Blues show on September 15, 2014 with an acoustic set of Beatles music. 1964 will follow, replicating the exact set list the Beatles played in Cleveland on September 15, 1964.